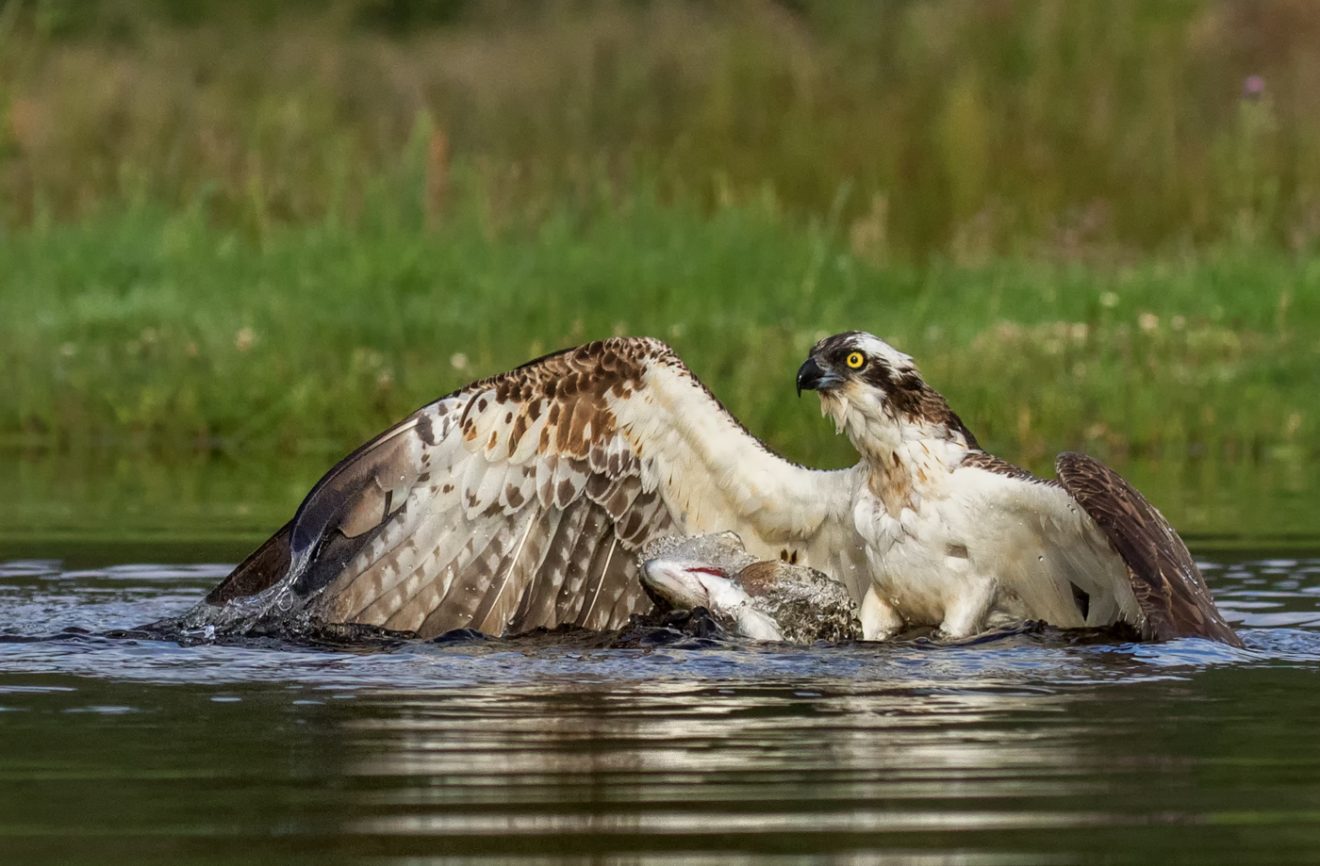 ‘Diving, diving’ said the voice over the two-way radio. My adrenaline started to kick in, where would it hit the water this time? I quickly moved into position, checked my camera settings, focussed on a point towards the middle of the pond and waited, finger lightly resting on the shutter button. The tension in the hide mounted.

‘Aborted’ came the voice over the radio. Audible sighs could be heard in the hide as everyone sat back from their cameras. The Osprey had pulled out of the dive.

My visit to the Cairngorms in Scotland during the Summer of 2015 was driving by a plan to photograph Ospreys diving for fish. A conservation success story, Ospreys had been severely persecuted since the Middle Ages and by the end of the 18th century the Osprey was considered a rare bird in the UK. In 1954 Scandinavian birds re-colonised Scotland naturally and a pair has nested successfully almost every year since 1959.

Each morning during my stay I was rudely awoken by the alarm at 3.30am and duly headed off to the Rothiemurchus fishery which has an area specifically set up for Osprey photography. A small lake has been created just behind the trees near the main fishery. The lake was stocked with Rainbow Trout and Brown Trout whilst I was there. Ospreys will eat any species of fish but prefer those in the 150-300g weight range. They need to consume 1-2 of these per day.  On one side of the lake there are four water level hides, each able to accommodate four photographers, which allow low level shots of the action. A spotter is positioned some distance from the hides and keeps the occupants informed of Osprey activity via a 2-way radio.

When they arrive at a fishing site the Osprey will circle about 100m above the water. If it spots a fish it drops partway down to the water, still watching the fish. Once it decides to go for the fish it dives down and plunges into the water. Even an experienced osprey is only successful in about one in every four dives.  Sometimes the bird just ‘grabs and goes’ gives the photographer no opportunity, other times it plunges into the water and can appear to flounder around for quite a few seconds whilst securing its hold on the fish.  When the bird leaves the water it takes off into the wind to avoid being tipped over. 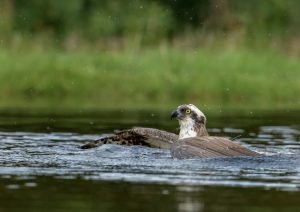 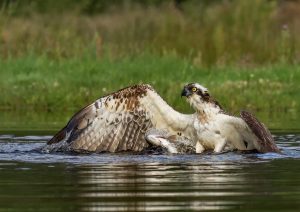 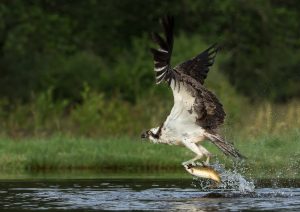 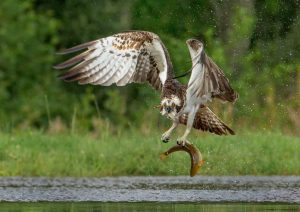 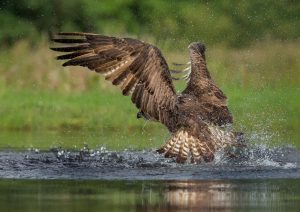 Unfortunately, wind conditions whilst I was there meant I ended up with a lot of rear-end shots. 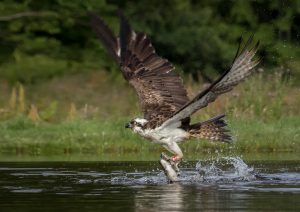 Some of the birds are ringed and well known. Red 8T is a male ringed at the nest at RSPB Abernethy Forest Reserve in 2001. In 2009 he was caught again and fitted with a GPS satellite transmitter. Transmitter signals show that he overwinters in Senegal. 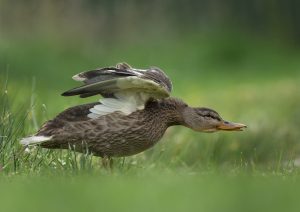 There were frequently long spells of up to 5 hours without any Osprey activity but there were usually a few Ducks or Herons around to keep the photographers entertained.

For this trip to I had booked 3 sessions in the Osprey hide.  Such became my obsession I booked a further 3 sessions during my stay and I plan to return at some point in the future!